I left Guadeloupe six weeks ago, the same day the first coronavirus case was confirmed in Northern Ireland.  The world has become unrecognisable in a short space of time.  The inevitable boredom of confinement often results in re-reading the pages of my leather journal, swiping through photos and reminiscing about the first part of my year abroad.  A definite case of nostalgia and holiday blues.

Guadeloupe is composed of six inhabited islands forming part of the French DOM (Departement Outre-Mer).  After getting to know the butterfly shaped Grande-Terre and Basse-Terre, there is still much left to be discovered on the archipelago – each island has its own flair.  All the islands are accessible by regular ferries.

To the east of Pointe des Chateaux, lies the sleepy and quiet island of La Désirade.  It was discovered in 1493, during Colombus’ second seaborne journey, and named ‘Deserada’ (the desired) by the sailors who finally saw land after months of sailing.  Renting a quad bike is the best option to navigate the dirt mountain tracks beyond Notre Dame chapel. We explored a circular route of the island – from the lighthouse, to old cotton plantations, before descending to magnificent beaches.  Plage du Souffleur was serene and tranquil, only a gentle hush of the waves broke the silence.  This was a perfect spot for a picnic under the shade of palm trees.  Nothing seems to be able to break the laid-back atmosphere on the island.  The liveliest thing were the iguanas, you’ll see warnings ‘Ralentir, Iguanes’ (slow down, Iguanas). 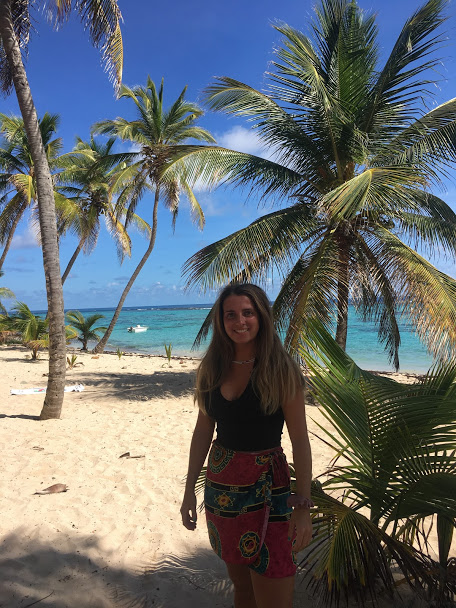 Located southwest of Guadeloupe sits the stunning archipelago of “Les Saintes”.  Christopher Columbus named the islands Los Santos in honour of the feast of All Saints.  The population of the isles Les Saintes are descendants of Bretons and Normans, and they still speak in a dialect of ‘old French’.

As soon as the ferry from Trois-Rivieres arrives on the isle of Terre-de-Haut, you can smell the sweet aroma of Tourment d’Amour.  Street vendors sell this local delicacy – a traditional coconut cake with banana, pineapple or guava flavours. Terre-de-Haut centre is quaint; small streets lined with boutique fashion shops, art galleries, rum stores and artisan ice cream parlours.

There are no cars on the island; renting an electric golf cart or an electric bicycle is the best way to get around.  For the best panoramic views over Les Saintes and Guadeloupe, visit the Napoleon Fort.  It was built in the 19th century, used as a prison during WWII and today it is a museum. Terre-de-Bas is less touristic and less inhabited.  The natural and protected environment leaves much to discover for hikers.  The salako, traditional hat and emblem of Les Saintes, is still made in an artisan factory on the island. 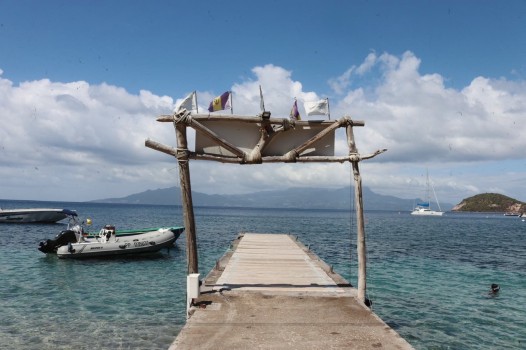 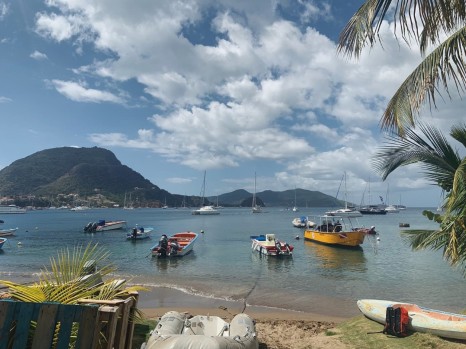 After brunching at the chilled-out Casa Datcha, catch a shuttle boat or swim to Ilet Gosier from Plage de la Datcha.  A tiny island with a towering white and red lighthouse, it is somewhere a little different to spend an afternoon.  There is an authentic island feel from the rustic beach bar shacks, offering fresh cocktails, cold bottled beers and barbecued chicken. 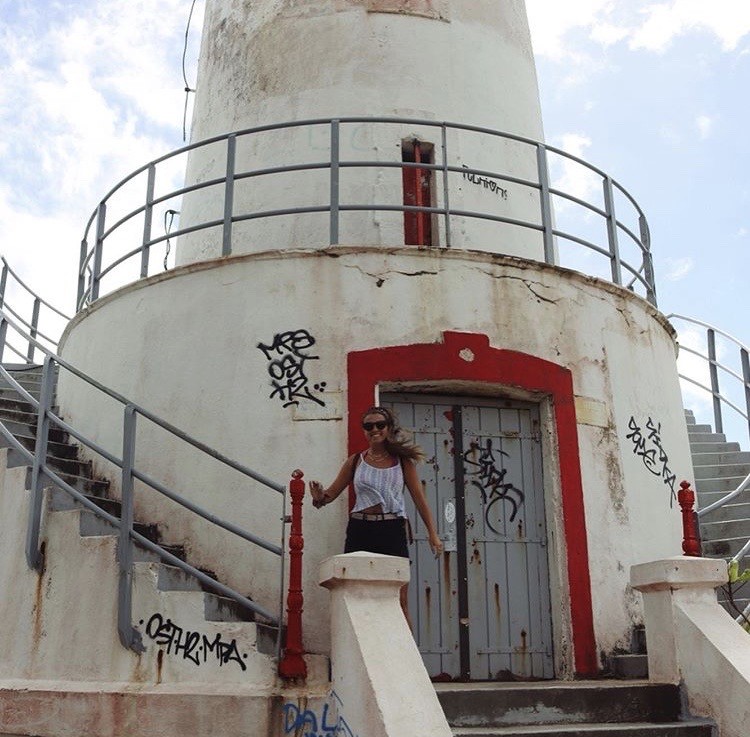 Marie Galante, also known as l’Ile aux cent moulins (island of 100 windmills).  In the 19th century it was home to the biggest sugar cane plantation of Guadeloupe.  There are three rum distilleries on the island (Belle-vue, Bielle, Poisson).  It is advised to visit the island from February onwards, when the distilleries are in production.

Petite-Terre is a protected natural marine reserve.  Day trips from Grande-Terre are popular for those who want to spend time diving.

My last weekend in the Caribbean was spent in Dominica, Guadeloupe’s neighbouring English-speaking island.  It gained independence in 1978, and while it is much less developed than Guadeloupe, it was everything I expected the Caribbean to be.  There is a strong Rastafarian influence and the locals were friendly with charming accents. Dominica is known to nature lovers for its incredible hiking trails, most notably the breath-taking Boiling Lake.  Dominica is the only Caribbean island with a remaining Carib Indian reserve.  We were in Dominica for carnival weekend and I regret not spending more time there to do some hiking.  Roseau, the island’s lively capital, hosted Viva la Carnival and Mas Dominik, known for the famous Jump-Up.  All weekend the streets were packed and bustling, smoke filled and dusty with powder paints and streamers.  There was an electric atmosphere in the town centre as ‘bouyon’ and reggae music blasted from the colourful shacks and houses.   What a way to finish six months in the Caribbean! 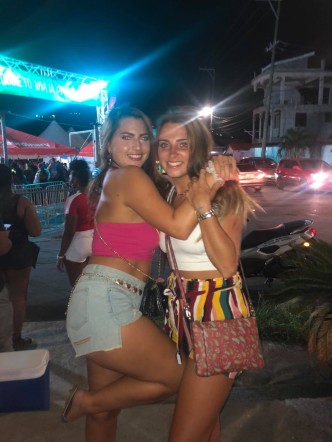 When this crisis is over, travel will look very different to what we are used to.  There will be fewer choices, narrower horizons and budget travel will be something of the past.  The idea of returning to the Caribbean in the foreseeable future seems very unlikely, when it isn’t even possible to venture much further than the front door.  CN Travel writer Simon Calder believes it may take as long as 5 years for travel to go back to what it was.  I am clutching on to a holiday feeling with nostalgie heureuse, and with a growing uncertainty over what life in the future looks like, I take comfort in reminiscing about my time in Guadeloupe.